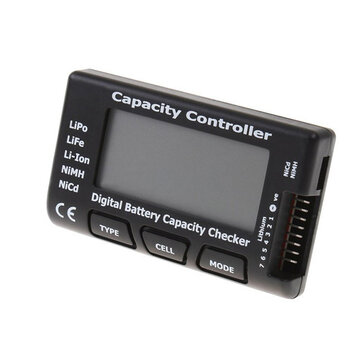 Hi guys and welcome back. In this article I’d like to show you the Tarot 130 FPV Racing drone, which is an almost ready to fly 130-size FPV quadcopter. We go through what’s in the the box, take it out for flying and then I’ll give you my conclusion about it.

Here we see the box it comes in. As you can see there are actually three different versions of it, a 120 size, a 130 size and a 150 size. We got the 130 size one. Once you open the box you can see the almost completely assembled quadcopter. You basically only have to add the propellers, which are included, a lipo and a receiver and you are good to go.

Here you can see the complete contents of the box. Apart from the copter itself you can see 8 3020 propellers, an USB adapter and a cable to connect the copter to Cleanflight, a battery strap, some additional landing landing pads and of course some screws to mount the propellers.

It also comes with a manual, which you can see in the video below. It is very basic and simply provides an overview of the structure of the copter.


Now let’s check out the copter itself. As you can see in the overview video below it comes with a JST connector, which I changed to XT30. You can also see the landing pads and the buzzer on the bottom. Motors are hold by two screws each, which seems to hold fine so far. The complete top is free for the lipo, everything else is safely mounted between the top and bottom plates. Motors are 1104 4000kV. The tilt of the camera is adjustable. It comes with a 6A BLHeli ESCs rated for 2-3s lipos. On top you can see a DIP switch to select the FPV channel. The FPV antenna is a simple wip antenna. On the back there is space for your own receiver – PWM, SBUS and PPM are all supported. The port for connecting the copter to the computer is blocked by a stand off, which you need to remove before configuring cleanflight. Thy could have made better than that. On the back you can see the three different receiver ports for PWM, SBUS and PPM, which you need to switch depending on which receiver you use. The default port on the very right is SBUS. One can also see a closeup of the landing feet, which are simply glued on with sticky tape.

Before we go flying, let’s take a look at the weight of this, which is very impressive. It comes at only 86.99g. For comparison, my very lighweight Airblade 130 build arrives at 101.68g. So the Tarot is still almost 15g more light weight, which is impressive.

Ok, but now let’s see how it performs in the air – let’s go flying. I’m using the same 500mAh 3s lipo for this as the one which I use on my Airblade Assault.
One thing which is apparent from the beginning, as seen in the video below, is that the camera is not completely centered in the frame. It is a bit too much on the left side. This should be an easy fix however. Other than that, the camera seems to perform ok for a mini CMOS camera – I had no problems seeing details. But now let’s get to the good part. This frame flies really nice, even with the default PIDs. As you can see it has plenty of power and you can really fly it very quick. I’m also doing a punch out during flying and you can see that it has a really nice thrust to weight ratio for such a small and lightweight quadcopter. Given that this was my maiden flight and I did not dare to go through the gates yet, I had plenty of fun flying this. It feels a lot like my Airblade 130 which I absolutely love flying.

Ok, to conclude this, I really like this little almost ready to fly quadcopter. It has some minor weak points, such as having to remove a standoff to connect it to the computer and the camera which is not completely centered. But other than that, you get a really nice 130 size quadcopter for the price which is awesome to fly. I would suggest this to everyone who does not want to go though the sometimes intimitating process of building such a small 130 size quadcopter himself. For all those, this is a real fun little flyer with plenty of power which also easily stays below the 250g limit, which is relevant to the United States and several other countries in the world.

Gearbest ist also carrying the 120-size version for about the same price: http://bit.ly/292qtIl